The only cookies that our site will place are for strictly functional purposes like identifying your broad geographical area to ensure accurate local informattion, and to retain the contents of a shopping basket if one is used.
Home
In Stock
Parts & Service
Platform Hire
News
Contact
Contact Us
Data Protection
Areas Served

IKBR Ltd Reaching Out, Reaching Up for Penallt,, Forest of Dean, Gloucestershire

image goes here
Penallt is a village in Monmouthshire, Wales. In the centre of the village, by the village green, is the seventeenth century village pub, the Bush Inn.</p>&ltp&gtNearby, the Penallt Old Church Wood is a ten acre nature reserve managed by the Gwent Wildlife Trust. This deciduous woodland forms a habitat for Pied Flycatchers, Nuthatch, Tree Pipits, Treecreepers and Sparrowhawks, as well as plants such as Wild Daffodils and Moschatel.</p>&ltp&gtThe Old Church is about a mile north of the village, and is mostly late mediaeval. The door bears the date 1539. The Church dedication is unknown, though there is a local tradition that it was St James, the patron saint of pilgrims.</p>&ltp&gtThe Argoed, a seventeenth-century mansion, lies to the south east of the village. It was once owned by the father of Beatrice Webb, the British socialist, economist and reformer.</p>&ltp&gtThe Wild Daffodil occurs in several places in Monmouthshire, such as Springdale Farm and Penallt Old Church Wood. However the greatest spectacle is provided by the slope below Margaret's Wood reserve, on the way to Whitebrook, where a carpet of thousands of flowers provides a wonderful display at the end of March and beginning of April.

Photo from Featured Project near Penallt
New slew bearing for this customer's van-mounted Versalift.
&ltp> This van mounted Versalift 36NF came to us in a fairly sorry state. A long period without maintenance and a lack of grease to lubricate the slew bearing had caused it to wear past the manufacturer' permitted tolerance.&ltbr /> &ltbr /&gtWith new bearing fitted and lubricated, the rest of the machine was submitted to a thorough examination to check for other worn components. None were found so a quick clean and grease of the other moving parts was all that was required.&ltbr />&ltbr /&gtFinally, a load test and LOLER examination were carried out so that the platform could get back to work and earning money for its owner again.&ltbr />&ltbr /&gtIf you have a platform that needs a repair, and want it done when it suits you, get in touch. You can either call on the number shown, or click in the header of any page to send us an email.</p> 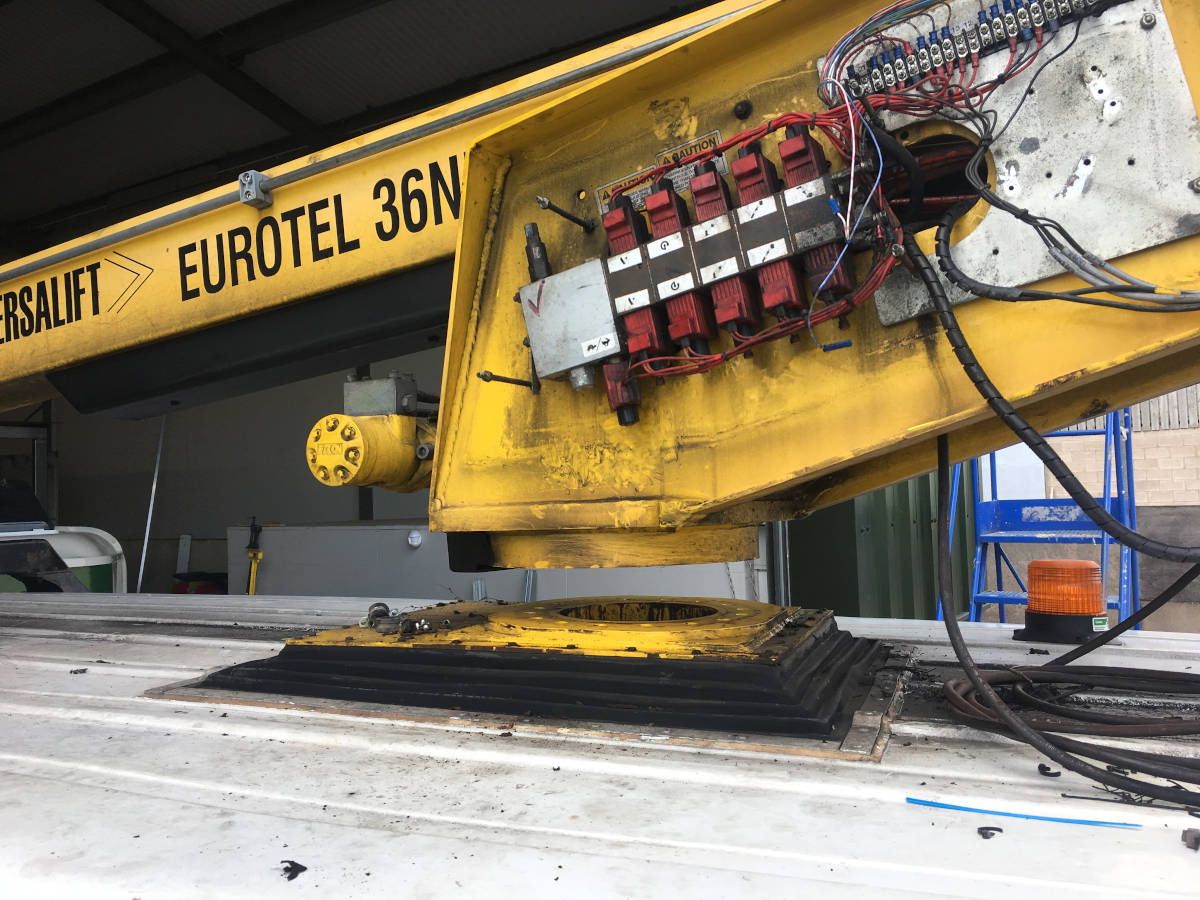